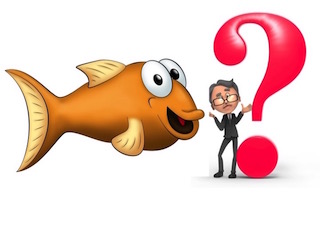 An Italian lawyer travelling back home to Rome after a business trip in Japan, (let’s call her Elisabetta), thinks about the meetings she just held in Tokyo. Her gut feeling is that she wasn’t very successful but she can’t really place her finger on what went wrong. Why did she have the feeling that her Japanese business associates didn’t really consider her to be the most competent of lawyers?

Trainers will often tell you that when you work with somebody who has a different cultural background to yours you need to adapt. OK, great. That doesn’t sound too hard. I mean, how hard is it to learn how to use chopsticks in Japan, or to not use your left hand at the table in Qatar? We usually don’t mind adapting when the situation calls for changing a physical habit but if the adaptation calls for a change in behaviour that contradicts our deep down values and that is contrary to the way we were educated, contrary to what we believe to be the ‘right’ way of behaving, then it becomes almost agonising and sometimes comical.

Nobody had told Elisabetta that she needed to control her emotions during her business meetings in Japan. However, even if somebody had informed her, would she have felt comfortable behaving so unnaturally? Italians tend to wear their heart on their sleeves. If they’re happy they’ll smile and laugh with joy, if they’re angry they’ll grimace with frustration, if they’re confused their forehead will wrinkle in a puzzled frown, irrespective of whether they are in a business meeting or having lunch with the family. The Japanese say, “Only a dead fish has an open mouth,” and a true professional controls his/her feelings in a business meeting. Any loss of control is deemed unprofessional. So Elisabetta’s gut feeling was probably spot on. The meeting probably didn’t go down so well.

Being able to build trust with your clients, colleagues or service providers of different cultural backgrounds requires “code-switching” or adapting your communication techniques and ways of behaving.

Milton Bennet says that intercultural sensitivity is not natural and that ‘Adaptation means we need to consciously shift our perspective and intentionally alter our behaviour[1]. Therefore in order to become interculturally competent we need to deliberately work at certain skills that are not innate such as giving direct negative feedback to one of our very direct German subordinates even though we are the type of person who usually speaks very indirectly. It’s the kind of thought that gives you a stomach-ache just imagining the scene. The evening before an evaluation meeting, you stand in front of the mirror at home practising all the negative things you need to say and then you get to the meeting the next morning and pofff… it just doesn’t come out as you wanted. You couldn’t help but camouflage the negative points with niceties and flattery even though you really needed to tell the person in front of you that her delegation techniques are not working. So she walks away from the meeting thinking she’s had an extremely good year and that her management skills are great. So much for directness.

The first step to becoming interculturally competent is not to know how the other culture functions, but rather to know yourself. You need to take a good look at yourself and ask yourself, “What are my preferred ways of communicating, what are my most common ways of behaving in meetings and in situations of conflict and how do I problem solve?”

What’s the use of a trainer telling you that you need to adapt if you don’t know what to adapt from?

Let’s take a concrete example. You’re the head of your department and you were brought up in an egalitarian society. During a meeting you would always consider asking the opinion of your expert subordinates before making an important decision because you know that their advice is likely to be vital. Now, go and sit in a meeting with colleagues who were brought up in a culture that does not veneer a subordinate’s opinion and you’ll likely come out of that meeting pulling your hair out, wondering, “Why are they all just agreeing with me, why didn’t anybody question the upcoming deadlines?” If you are used to debating in meetings and receiving assorted input, this kind of behaviour will frustrate you and worse you’ll likely start labelling your colleagues as incompetent, unreliable and just plain lazy.

Step 2: Learn about the values of the ‘other’ culture (or those you mostly do business with).

Working with people of other cultural backgrounds involves developing competences that we do not necessarily have naturally, such as learning to ‘read the air’ in Japan. If you’re classified as Kuuki Yomenai in Japan, it probably means that you cannot ‘read the air’, or you cannot decipher social situations, such as not understanding body language. The Japanese are usually non-conflictual and your Japanese service provider would not embarrass you or make you lose face by replying to a last minute outrageous request of yours with an outright ‘No’. He will likely say, “It would be very difficult.” Reading his body language you will hopefully understand that he is actually saying, ‘Are you insane, your request is completely out of the question!’ If you had ’read the air’ then you would quickly move on and find a new service provider. If you aren’t capable of reading the air and you’re an eternal optimist, then you’re probably still sitting around waiting for the difficult situation in Tokyo to be made possible.

So, if step 1 is knowing how you behave, for example, ‘as an egalitarian with indirect speech,’ and step 2 is understanding how the person in front of you behaves, then step 3 is to ‘code switch’ or adapt your behaviour and communication techniques to be more comprehensible to the person in opposite you.

If we consider our style of communicating and behaving as a code that is common amongst people who have a similar background to ours then it is natural that we don’t have to explain our behaviour to them, they will subconsciously understand without having to try and decipher it. For example, a Swiss manager in a meeting with Swiss subordinates will naturally ask for the consensus of his whole team before making a decision. This allows the Swiss team to feel they have participated in the decision-making process (all related to the deep down value of direct democracy in Switzerland). Any behaviour that the manager uses which differs to that would likely make the subordinates feel as though the manager is hiding something and that he is not quite trustworthy. If he doesn’t adapt he may lose the respect of his Swiss subordinates which in the long run could lead to rebellion.

So before you order that, ‘Doing Business in Australia’ handbook and learn how to talk about Aussie Rules football while sipping at a caffé latte at the Monday morning meetings, take a look in the mirror and inspect yourself closely at your next meetings.