Ever wondered why you get that bitter-sweet taste in your mouth at the completion of a successful mega project that went well?

You worked hard, i 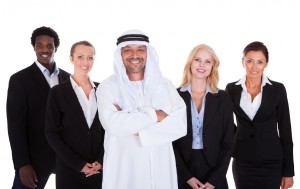 n fact the whole team worked hard and reached its objectives, but you don’t think any of the team members really want to work together again and certainly not with you as their leader.

I recently spoke to a German who had just relocated to Zug, Switzerland from northern Germany. His intention had been to have a one-day workshop to learn more about Swiss communication techniques and working methods. During our pre-workshop phone conversation, we quickly realized that as often occurs to expats moving to Zug, he was not really going to be working with many Swiss people at all; his boss would be a woman from the USA, his assistant a young Malaysian and the rest of the team would be made up of a Greek, an Italian, a Norwegian and an Indian.

Well, so much for learning about Swiss communication techniques, I guess we could throw that idea out the window.

Zug’s population has close to doubled over the last 40 years. Today it has a population of around 110,000 made up of around 120 nationalities.[1] Zug has become such an international hub that more and more HR departments are requesting training for their employees that is no longer specific to working just in Switzerland, but rather how to make their multicultural teams more effective.

So what’s all the fuss about you might say. Why do multicultural teams need any particular training at all, surely the people who are selected to work abroad or to manage an international team are there because they are interculturally competent, right? Not always.

What does it take to make a multicultural team highly effective?

In their book, Intercultural Readiness, Ursula Brinkmann and Oscar van Weerdenburg[2], state that compared to a monocultural team, a multicultural team can be either highly effective or highly ineffective. Although most of us imagine that multicultural teams outperform monocultural teams consistently because we assume they have more creative ideas and different perspectives to add to the table, these teams often have quite a few hindrances that don’t consistently get in the way of monocultural teams. Although these teams do sometimes reach their task-related objective, they usually do not wish to work together a second time round[3]. So the benefits of their success is lived short term.

If we agree that a strong team needs good communication, trust and an understanding of how to resolve conflict, then we see how multicultural teams may underperform.

Leading directors pull together these project-based teams from all parts of the globe eager to bring together multiple creative ideas. However what they fail to question is how the group of such diverse cultures will actually collaborate, communicate and reach personal objectives, three themes that are rarely discussed openly before the project kicks off. These ‘dream-teams’ are usually shaped by people who have differences in age, gender, national culture, religion and professional background and each of these individuals has varying needs in terms of personal satisfaction and development.

Let’s look at the question of communication. Individuals of diverse cultures would generally have varying methods of communication. For example, one would ask herself, “Is it appropriate to speak up in a team meeting if I disagree with my boss even though I am the expert in the matter or shall I keep quiet (because of my respect for hierarchy)?” “Will I speak up if a deadline cannot be met, or do I not want to take ownership and responsibility for that?” “As a manager should I give feedback publicly to each individual including somebody who may be older than I am?” “Should I use brainstorming techniques for finding ideas or will that place some individuals ill at ease because in their culture it is not the accepted thing?”

When we work in monocultural teams we take our communication methods almost for granted expecting all colleagues to be comfortable communicating in a similar fashion. For example, a person who is brought up in a culture that likes brainstorming sessions, in an environment where people speak their mind and throw out ideas at such sessions, (irrespective of whether they are an Associate Director or an Assistant) would tend to lead a group believing these kind of sessions are the best way forward. Does that person take into consideration the team member who may have joined from perhaps a Japanese background and environment where often communication is only vertical (usually only downward and seldom would somebody speak their mind in such an environment)? The manager of a truly multicultural team would rarely get much input from each member in such a brainstorming session and would therefore need to devise another method of communication for this team in order to make the fortnightly meetings effective. He/she would need to create a method of communication that is comfortable and appropriate for all concerned – not my way, not your way; our way – cultural collaboration.

Let’s look at trust; How do we create trust in monocultural teams? I guess Monday morning in the office is the typical one that most of us can relate to. Discussing sports results at the coffee machine or discussing the latest film that we went to see on Saturday evening or even our child’s failed math test. As we get to know our colleagues we learn to confide in them and accept their ideas as worthwhile. Multicultural teams often do not get the opportunity to get to know their colleagues very well. Sometimes because they are based on different continents and only communicate virtually and then usually in written format where personal thoughts and feelings are usually left out or difficult to interpret. Sometimes it is just that we do not always take the necessary steps to get to know somebody who seems so different to us; what would a female generation X HR manager from Zurich have in common with a generation Y IT expert from Mumbai? Lack of trust and cohesion is often a cause for multicultural teams not wanting to work together on a second project[4].

So if these are just a couple of examples of what may make a multicultural team ineffective, how do we actually make such a team effective so that we can really get the most out of these culturally diverse teams and at the same time give each individual the chance to develop and want to work with her or his colleagues again?

The strength of highly effective multicultural teams is that they create a third culture, one that each member can adhere to as the culture of that specific project team. A culture where items such as how to deal with conflict are discussed or, “I as the manager of this team will not be offended if the team members question my ideas in a team meeting”.

Multicultural teams are effective when all team members are interculturally competent, i.e. they are culturally aware of differences and they know how to switch communication and work techniques to build trust across the different cultures within their team.

So at your kick-off meeting for that dream-team being created in Zug to work on a project in Tokyo, consider the theme of reaching cultural collaboration – create a third culture.